Only accessible to the public from 2023 ! 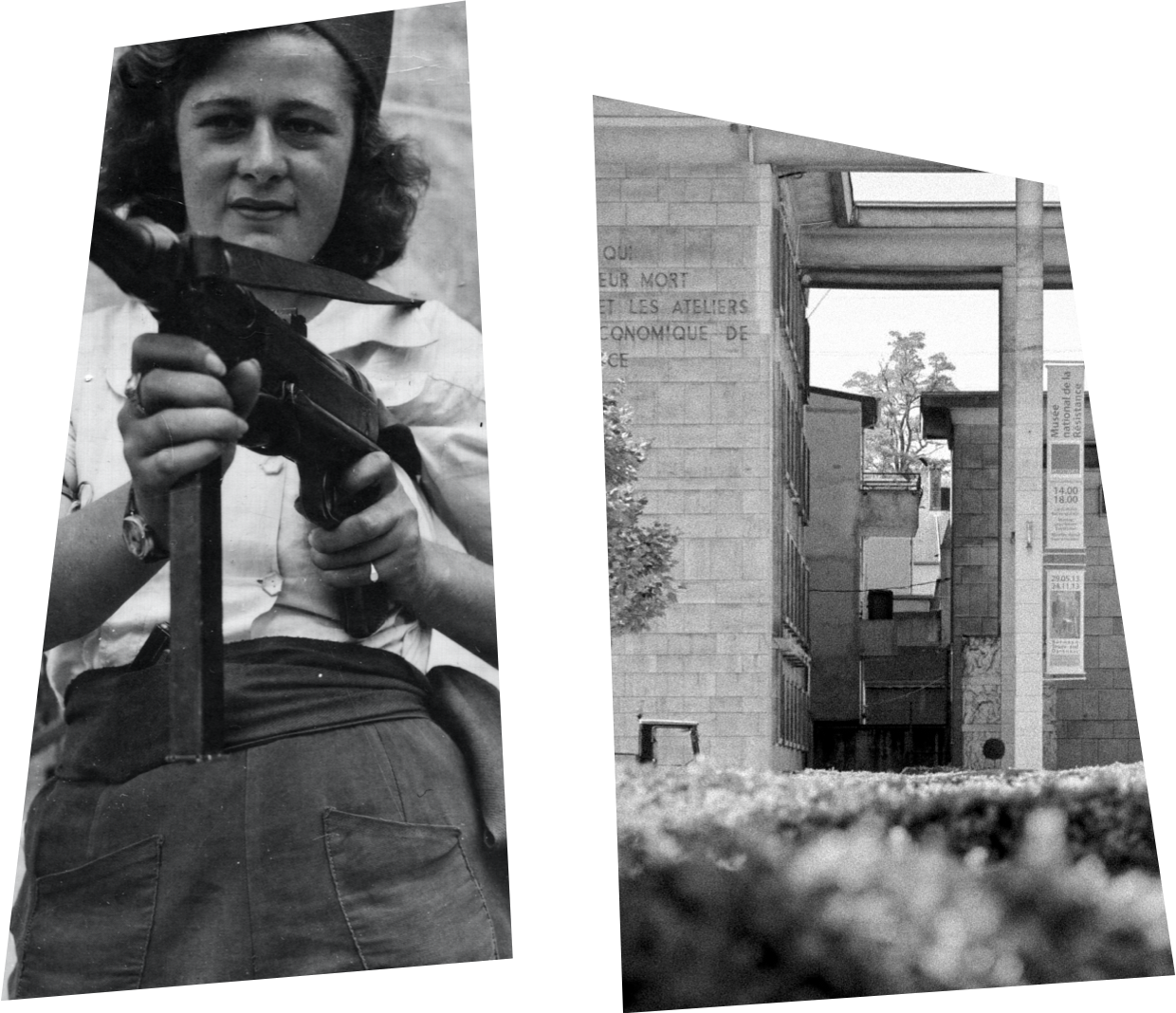 The trilingual permanent exhibition (FR, DE, EN) will cover a wide range of topics related to the Second World War period, including: the interwar period, life under the dictatorship and the repression, the reactions of the population, the Nazi structures, the concentration camps and the Holocaust, as well as the post-war period. A presentation of human rights and civil resistance completes the exhibition.

The museum also includes a memorial area with urns containing soil recovered after the war from various concentration camps and the sculpture The Political Prisoner by Lucien Wercollier. 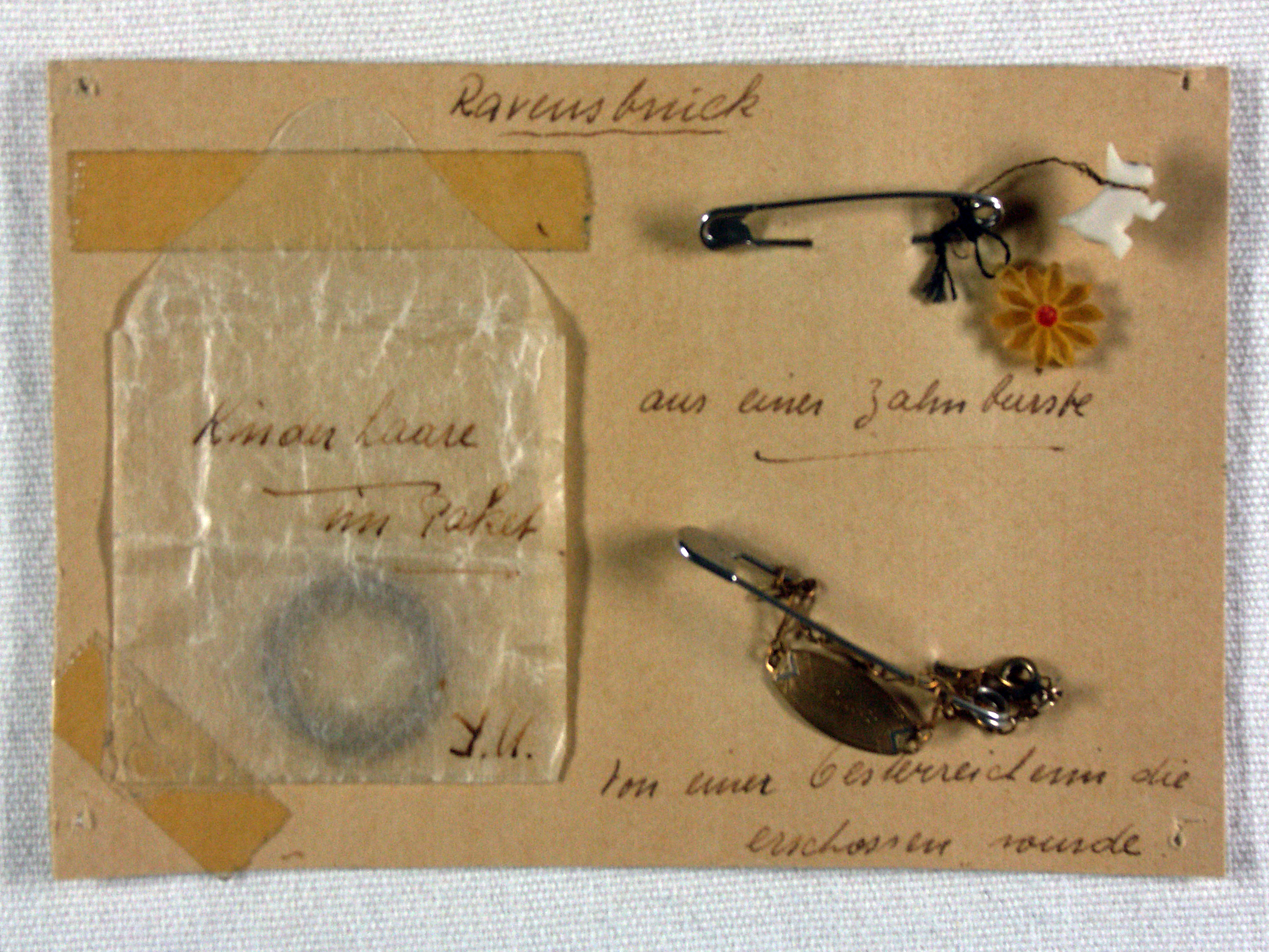 The prisoners try to raise the morale of their fellow prisoners through gifts and to show that despite their dehumanisation by the Nazis, they are still human beings with feelings, fears, dreams and desires.

On this card, Yvonne Useldinger, a communist resistance fighter detained at Ravensbrück, recorded some memories of this solidarity among prisoners. 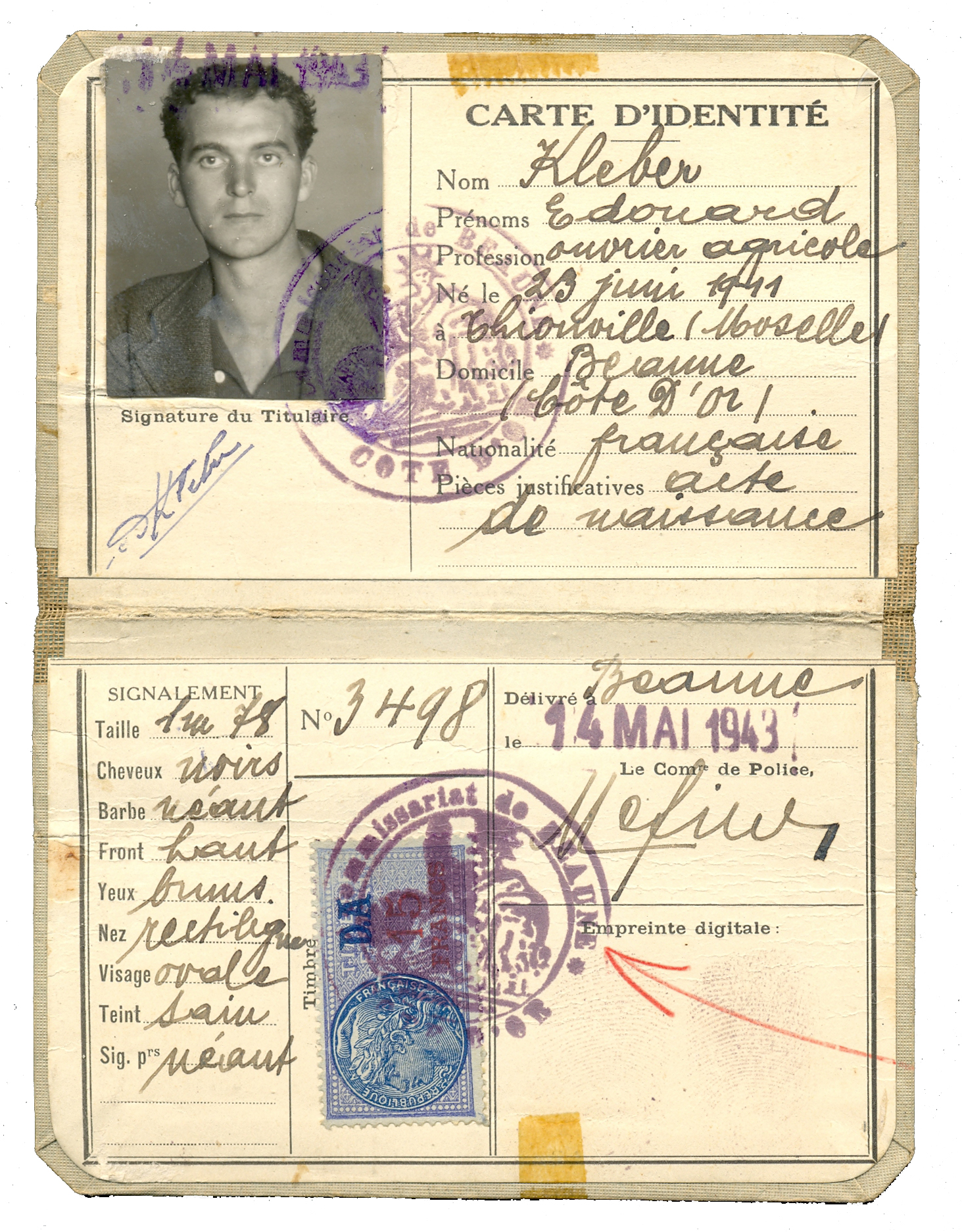 To go completely underground, you need a new identity.

Luxembourgish resistance groups like the PI-Men provide draft dodgers, deserters and political refugees with false passports and IDs before they are taken across the border to France or Belgium 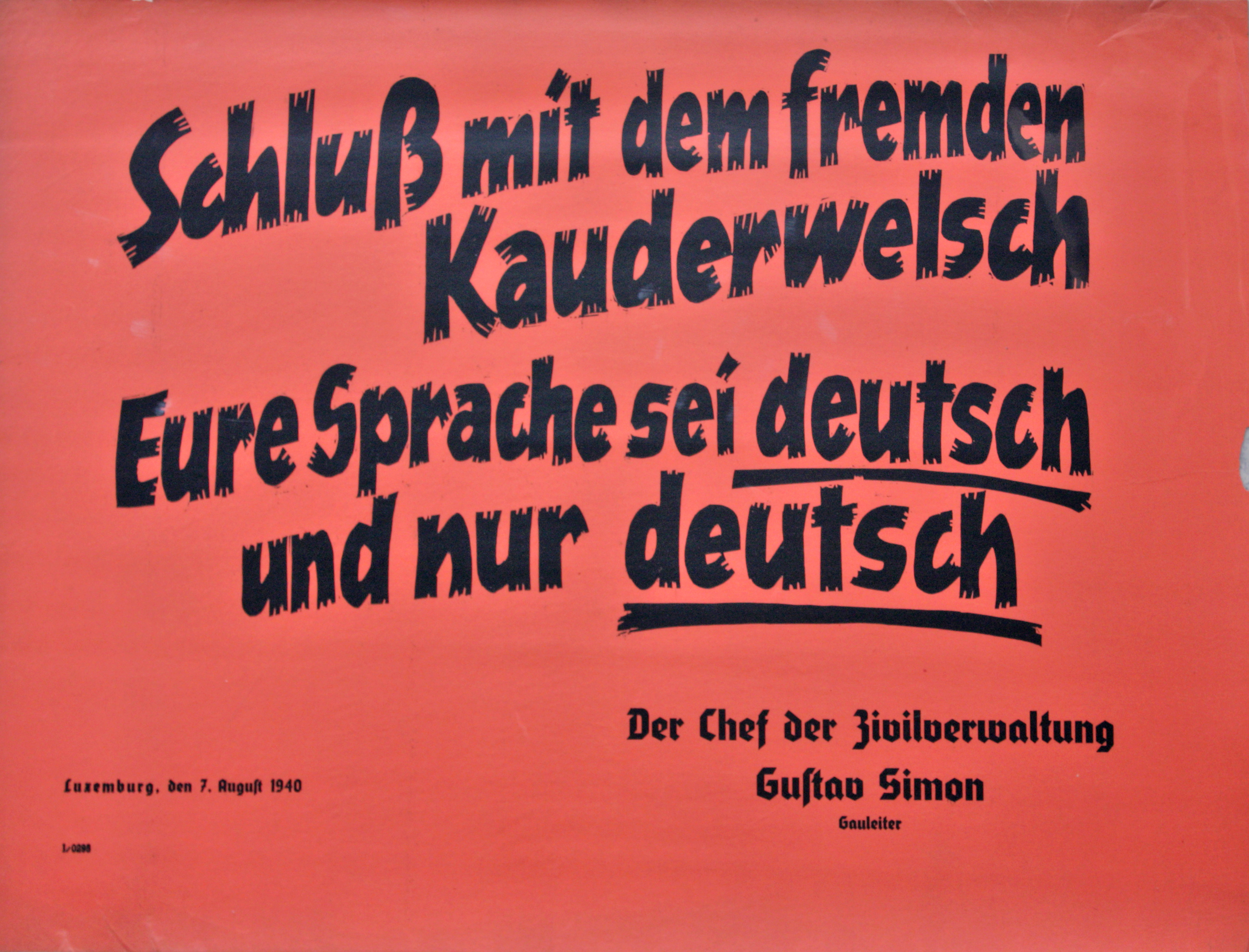 With posters such as "Eure Sprache sei Deutsch" (your language is German), Gauleiter Gustav Simon tries to convince the Luxembourgers that they are Germans. 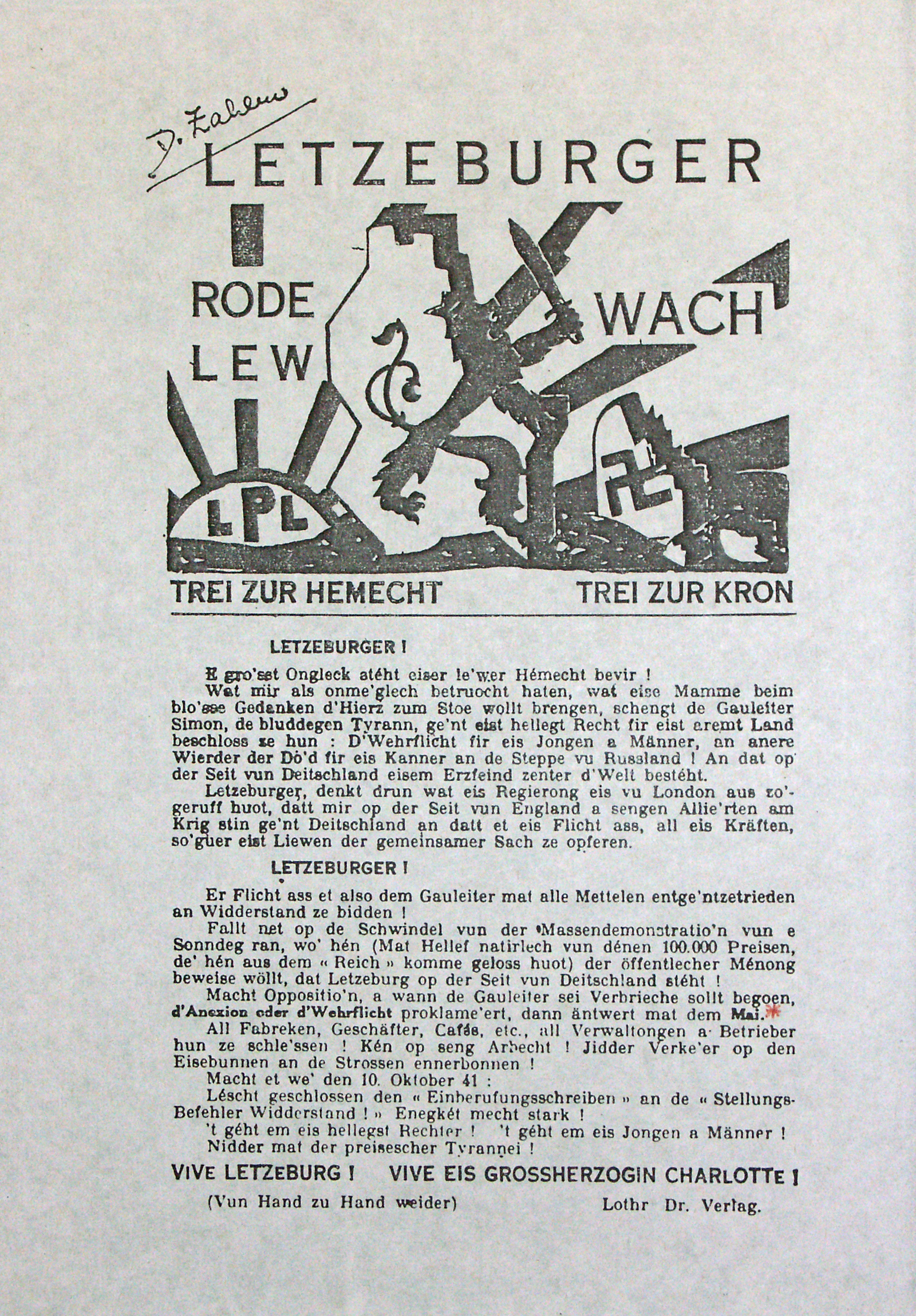 Call for a "general strike" against the planned forced recruitment of Luxemburgers into the German armed forces.

Printed by Luxembourg resistance groups in Brussels, the call was to be smuggled into Luxembourg and distributed.

By mistake, the word "Generalstreik" is replaced by "maj." when printed. The term "maj." for majuscule was actually intended as a note to the printer to write "Generalstreik" in capital letters. 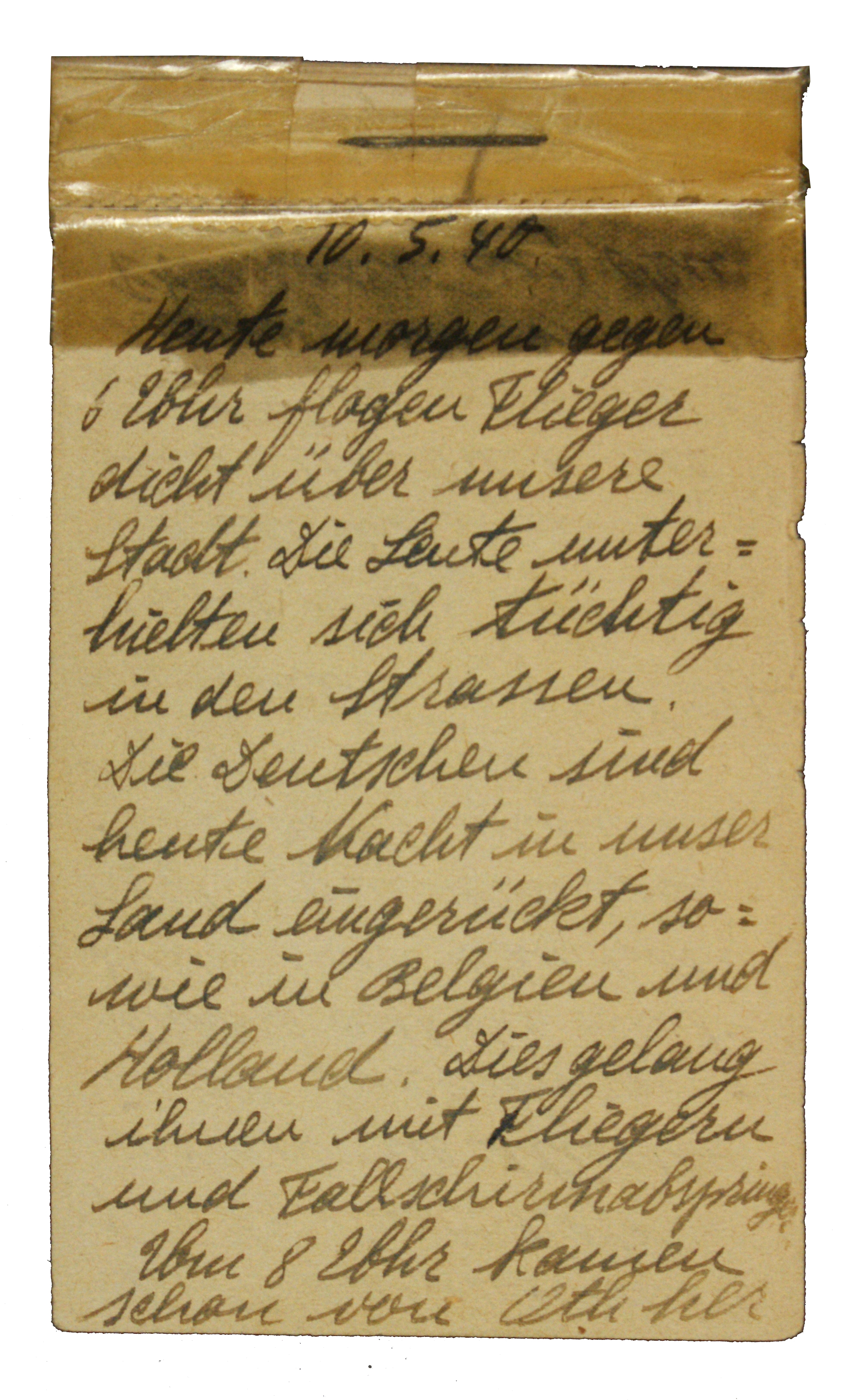 After the invasion of the German Wehrmacht, the population of the south of the country is evacuated to France or inland.

Setty Garçons, who lives in Esch/Alzette, goes to France.

She records the time of the evacuation in her diary.

The wooden sculpture "The Political Prisoners" by the French resistance fighter Jean Daligault shows two prisoners standing in the roll call area, tied back to back as punishment.

Daligault donated the sculpture to the Luxembourg artist Lucien Wercollier, who took up the motif again in his own artworks after the war. 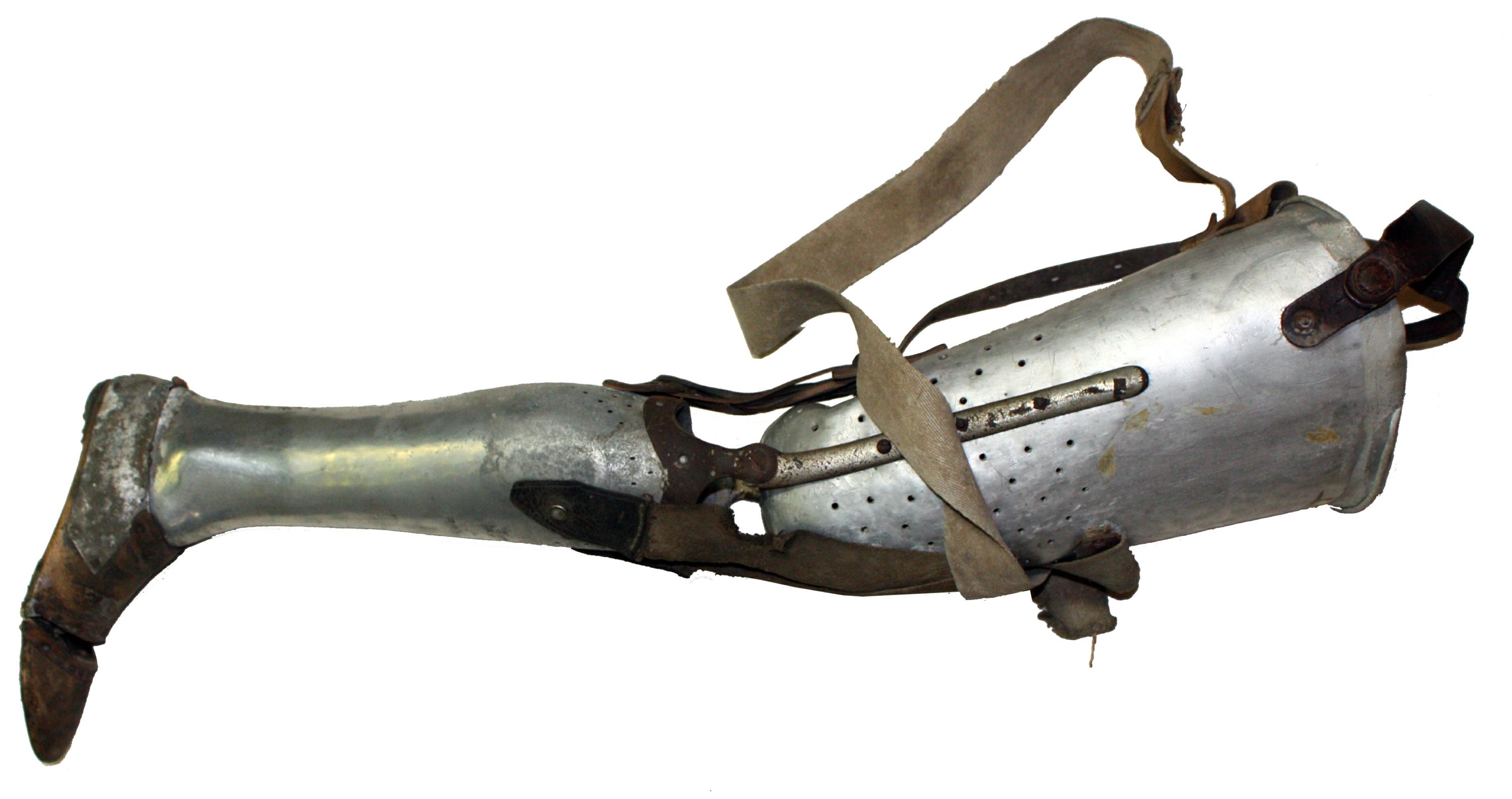 Prosthesis made by Néckel Spielmann in Buchenwald concentration camp.

In August 1944, Spielmann's leg was amputated as a result of an American bombardment of the Gustloff factory near the camp.

Luxembourgish fellow prisoners, including Jhemp Schmit and Gust Schaffner, secretly made this prosthesis for him from aluminium and other materials. 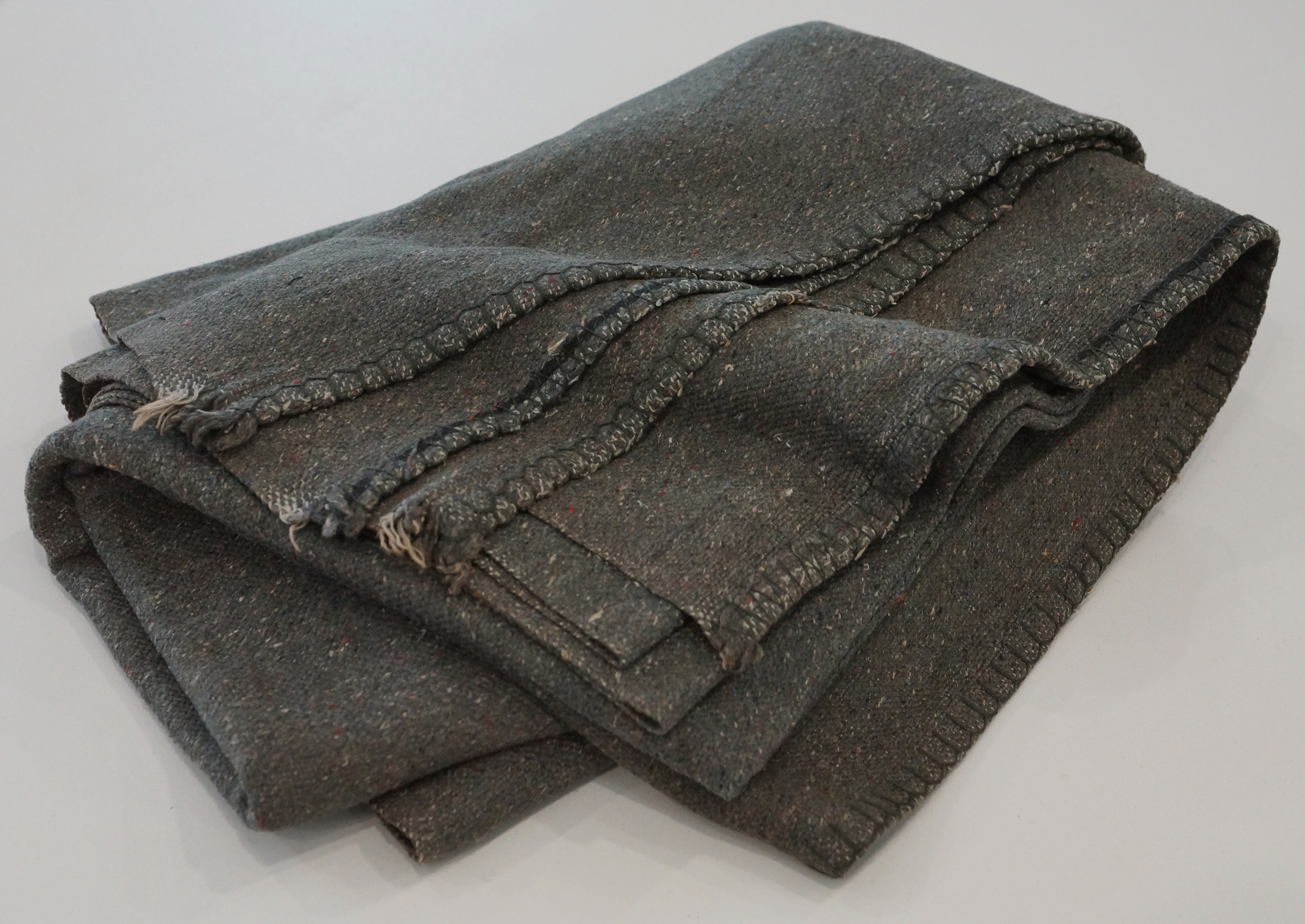 From this blanket from the Kriegshilfsdienst (KHD), a French prisoner of war makes a backpack for Marie Bonichaux, a Luxembourgish forced recruit, which she uses to travel home to Luxembourg after her liberation by the Americans. 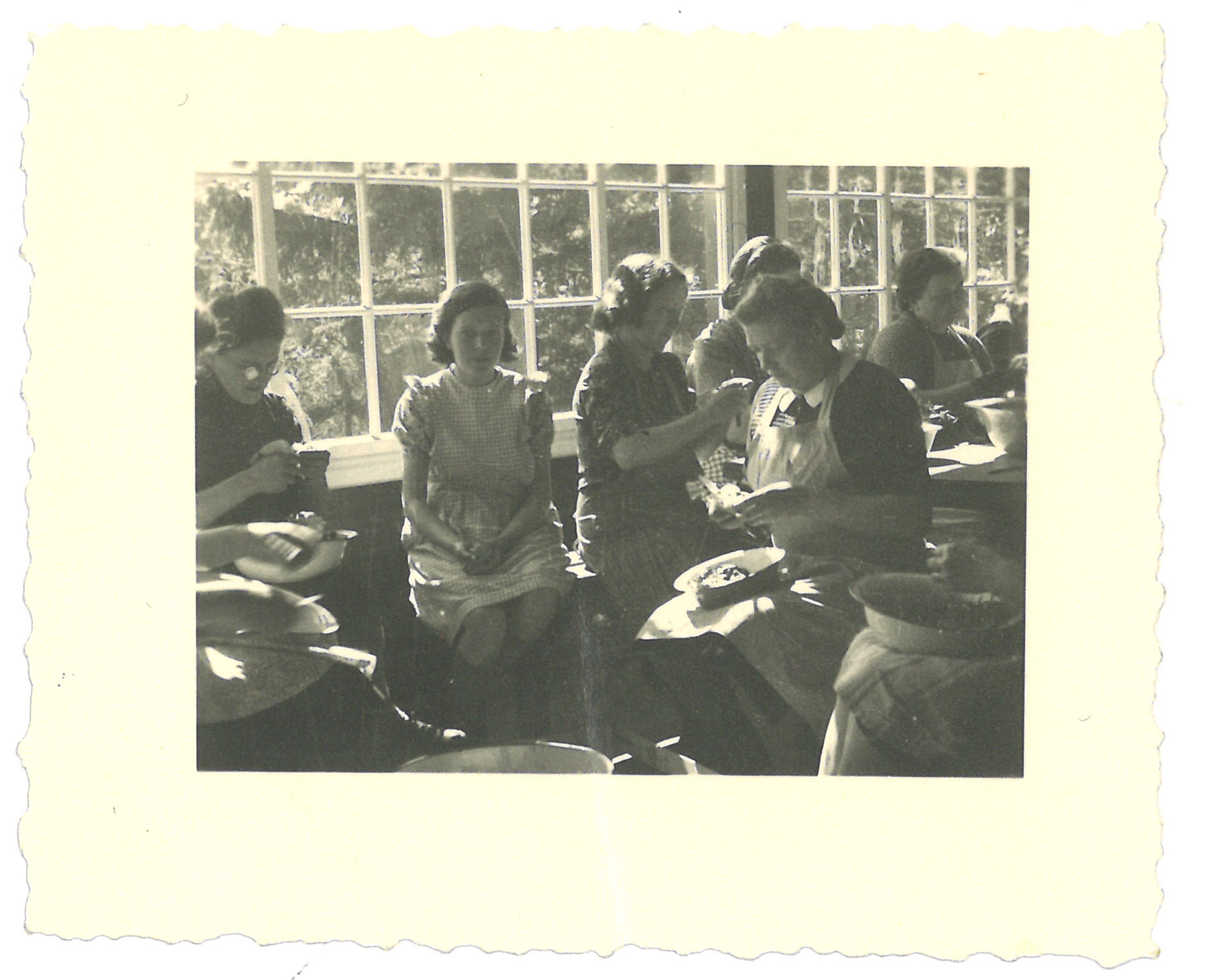 As ideological opponents of the Nazi regime, Jehovah's Witness Ketty Federspiel and her six children were resettled to Leubus and later to Bad Flinsberg and Wartha on 25/26 September 1942. This photo shows Ketty and her daughter Maria on kitchen duty in camp 116 in Bad Flinsberg.